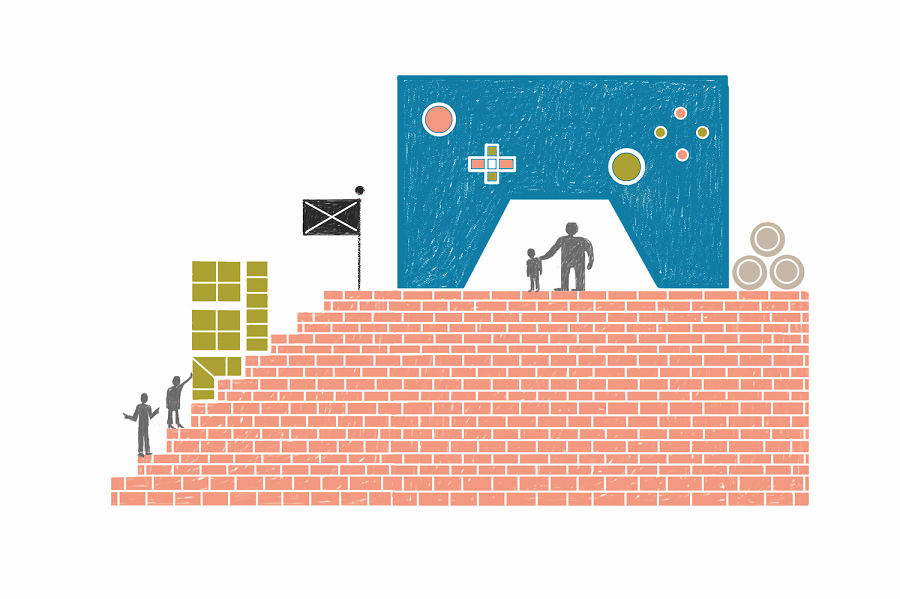 John, a father of two in Colorado, had no idea what his 15-year-old son had gotten into, until one night last year when John walked into his home office. We're not using his last name to protect his son's privacy.

John saw a large pile of papers facedown next to his printer. He turned them over and found a copy of a notorious neo-Nazi propaganda book. "It's 'the white culture's in trouble, we are under attack by Jews, blacks, every other minority.' It was scary. It was absolutely frightening to even see that in my house. I was shaking, like, 'What in the world is this and why is it in my house?' "

"I was through the roof." And then, "I went back into my room. I was crying. I felt like a failure that a child that I had raised would be remotely interested in that sort of stuff."

Almost every teen plays video games — 97 percent of boys, according to the Pew Research Center, and 83 percent of girls.

Increasingly, these games are played online, with strangers. And experts say that while it's by no means common, online games — and the associated chat rooms, livestreams and other channels — have become one avenue for recruitment by right-wing extremist groups.

At the time, John's son liked playing first-person shooter games, like Counterstrike: Global Offensive. Games like these are multiplayer — you must form teams with friends or strangers. You can chat in the game, over voice or text, or in separate chat rooms. Some of these are hosted by sites like Discord that make it easy for anyone to create a private chat.

John knew his son was spending time playing video games and chatting either out loud or over text, but there were no obvious red flags.

"There wasn't anything obvious to me at first because it's common. This is the norm for kids. Instead of hanging out at the drive-in they're all online," he said.

Yet it's exactly this way, John says, that his son started hanging out with avowed white supremacists.

These people became his son's friends. They talked to him about problems he was having at school, and suggested some of his African-American classmates as scapegoats. They also keyed into his interest in history, especially military history, and in Nordic mythology. Above all, they offered him membership in a hierarchy: whites against others.

"He started to feel like he was in on something. He was now in the in crowd with these guys. It provided some structure and identity that he was searching for at the time."

John learned his son had been drawn into conversation with at least one group that the Southern Poverty Law Center calls a Nazi terrorist organization. He searched online for help and found a man named Christian Picciolini.