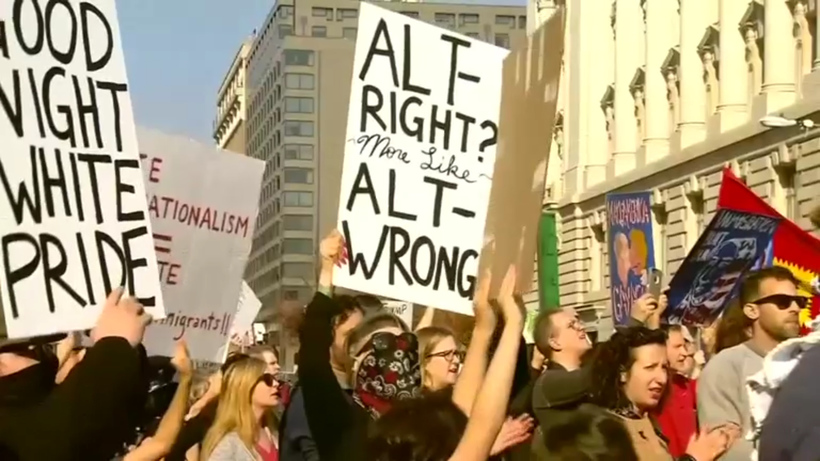 How Do We Fix a World in which the New York Times Falls into the Hands of the “Alt-Right” Playbook?

In the unlikely case that no Americans are drawn into our nation’s resurgent neo-Nazi movement as a result of Richard Fausset’s bizarrely sympathetic profile of a white supremacist in the New York Times, I will consider us all supremely lucky. That’s because the profile, which has been rightly identified as an unwitting propaganda piece giving voice to some of the most dangerous beliefs surging in the shadows of our nation, played so seamlessly into the hands of white-supremacist terrorists that you might think they’d written it themselves.

Before I was rescued by my loved ones and by black and Jewish strangers who showed me for the first time how much I had in common with them, I spent eight twisted years of my life working to normalize the neo-Nazi movement from within, laying some of the very traps that impressionable young recruits, as well as journalists such as Fausset, continue to fall for. A leader in the nation’s first neo-Nazi skinhead group, I worked with other racists to dress our horrific beliefs in unassuming, even appealing, packaging. We recognized that our shaved heads, swastika tattoos, and Nazi flags alienated some of the everyday racists we sought to recruit, so as we grew our network we encouraged our followers to shy away from them. We suggested recruits grow out their hair and avoid telltale tattoos, in part for the sake of their careers, but mostly in order to not draw attention. We pursued jobs in law enforcement, corrections, ran for political office to further our agenda from the inside, enrolled in the armed forces to get weapons training for the race war that we believed was looming. We eventually became doctors, lawyers, nurses, teachers, and service professionals whom you might work beside every day without realizing that something was terribly wrong.