Los Angeles Times (Op-Ed): White men can be terrorists, too 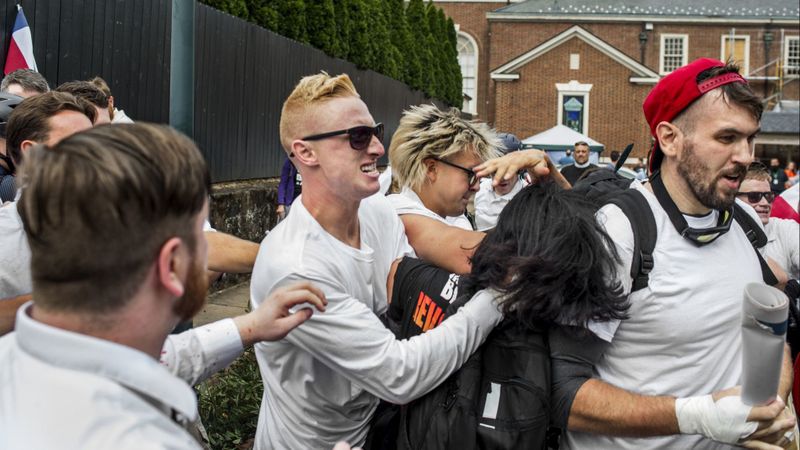 When four members of the white supremacist group Rise Above Movement were arrested last week on federal charges that they traveled to Virginia last year with the intent to incite a riot and commit violence, many news outlets referred to the group as an “alt-right fight club.” Others called it “a racist social club.”

The Rise Above Movement, or R.A.M., is far more dangerous than these euphemistic labels suggest. An extreme hate group that grew out of California’s skinhead subculture, R.A.M. calls for the extermination of Jews and other “anti-white” enemies, not to mention the overthrow of the U.S. government.

R.A.M. is one of many violent hate groups that espouse such views. Atomwaffen Division, a neo-Nazi group that is organized into cells and whose name means “atomic weapons” in German, openly aspires to terroristic violence. Proud Boys, another group in the white-power ecosystem, has demonstrated a propensity for extreme violence.

Despite the dangers posed by such groups, many Americans tend to view their violent acts as either the work of a mentally deranged individual or the collective anger of misguided young men who are merely lashing out. This outlook is dangerously naive and one we can no longer afford to indulge.