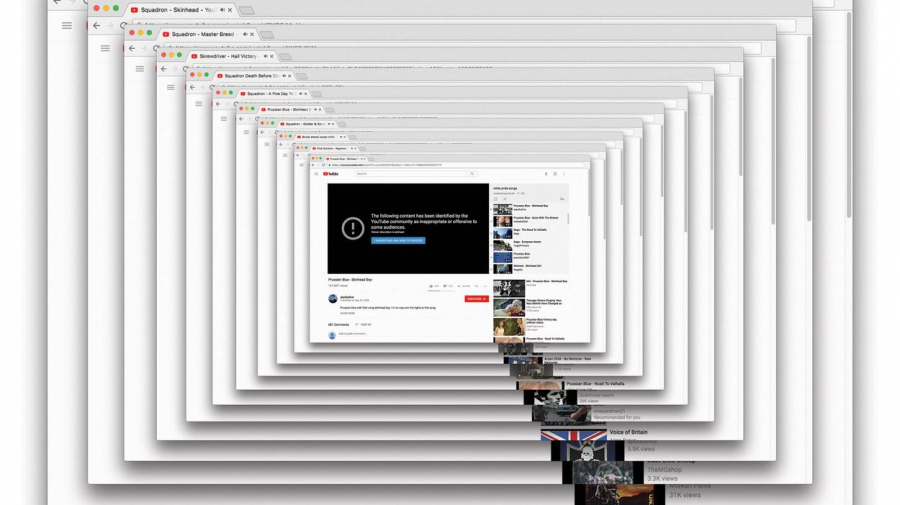 Even a reformed member of a skinhead band has a hard time getting his own music pulled down.

This story appears in VICE magazine's Dystopia and Utopia Issue.

In mid 2017, a CNN producer approached Christian Picciolini with a two-year-old post from a notorious neo-Nazi internet forum featuring lyrics from an old white power song. On this post, a commenter had asked who had written the lyrics and where he could find the music. Then four months later, that commenter had walked into a church in Charleston, South Carolina, with a .45-caliber Glock handgun, and murdered nine black men and women. Picciolini immediately recognized the poster as Dylann Roof, but it was another realization that made his “blood run cold.” Picciolini himself had written the lyrics in question.

In the late 80s and early 90s, Picciolini had performed in Final Solution and White American Youth, two of the most popular white power bands of the era. “It didn’t even dawn on me until I was done reading them that those were my lyrics,” Picciolini told me. “My heart sank. It’s absolutely still influencing people. I planted all these seeds of hate so long ago, and I’m still pulling out the weeds from them. Some of them, like the music, are going to live forever.”