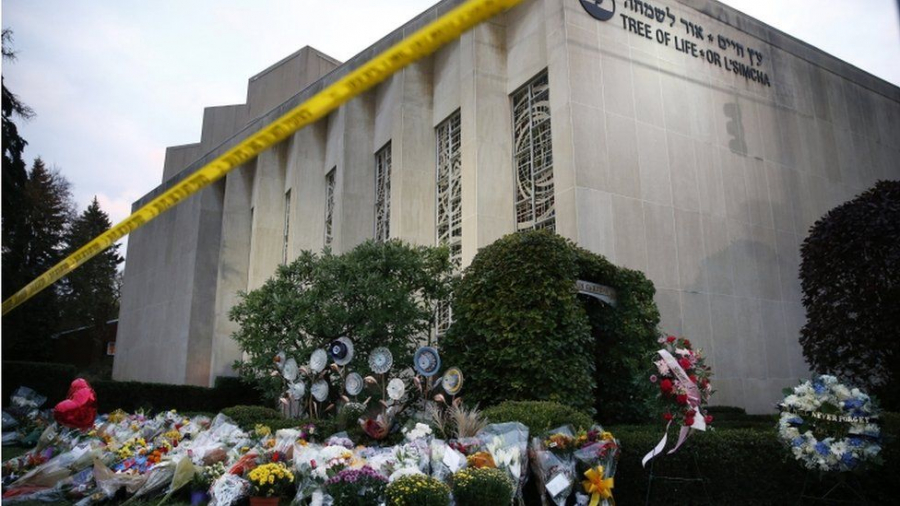 Eleven people were killed and six injured when a gunman opened fire at the Tree of Life synagogue in Pittsburgh on Saturday. The attacker was reportedly shouting anti-Semitic slurs as he started shooting. It’s the worst attack on Jews in the United States, according to the Anti-Defamation League, and it comes just a day after a suspect was arrested for sending pipe bombs to prominent Democrats around the country. This hour, we talk about the Pittsburgh attack and the rise in anti-Semitism and hate crimes in the United States. We’ll also look at the violent rhetoric and fear mongering in our politics today. Our guests are NANCY BARON-BAER, regional director of the Anti-Defamation League, EMILE BRUNEAU, director of the Peace and Conflict Neuroscience Lab at the University of Pennsylvania, and CHRISTIAN PICCIOLINI, a former Neo-Nazi who now works to counter racism and help people disengage from violent extremism.