Daily Beast: He Went to a KKK Rally and Stopped Being a Violent Nazi Skinhead 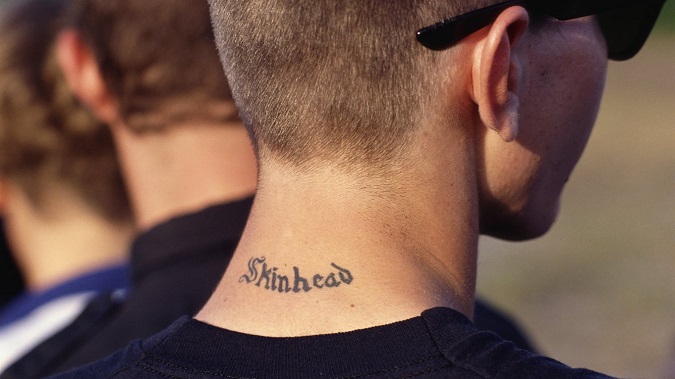 In September of 1992, two months before our child was born, I headed to Pulaski, Tennessee, to attend the Aryan Unity March, a rally held by the Fraternal Order of White Knights of the Ku Klux Klan. The location was significant—the original KKK had been founded in Pulaski on Christmas Eve in 1865.

It wasn’t my first Klan rally, but it was a rare opportunity for me to spend time with many of the skinheads and fellow white supremacists I’d known and been corresponding with from around North America. At the birthplace of the Ku Klux Klan I’d represent Blue Island, the birthplace of the American neo-Nazi skinhead movement.

The day of the rally was hot, the smell of steamy asphalt hanging in the thick, musty air like the hordes of law enforcement officers littering the rooftops of the town.

I was dressed for combat: My 14-eyelet black Doc Martens shone slick and my jeans rolled up so the blood that was sure to flow through the streets would not stain them. My head was shaved to a close crop, and I took the thin black suspenders off my shoulders. They hung at my sides, a statement to my enemies that I was ready to fight and defend my race with my sweaty, balled-up fists. The boots were heavy on my feet, and sweat rolled down my back. The humidity was dangerous, and so was the tension in the air. Feds were not so subtly stationed all over the streets, taking our photos with cameras bearing lenses as long as their arms.