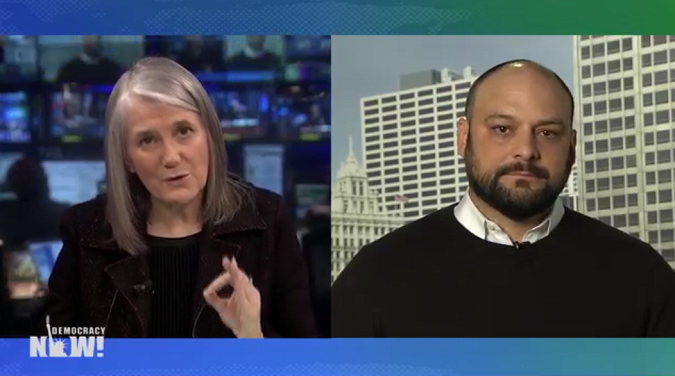 President Donald Trump is refusing to acknowledge the global rise of white nationalism in the wake of the hate-fueled New Zealand massacre that left 50 Muslim worshipers dead on Friday. Police have arrested and charged 28-year-old white supremacist Brenton Tarrant with the killings. Before the attacks, Tarrant published a manifesto in which he praised Trump as “a symbol of renewed white identity and common purpose” and described immigrants as “invaders.” On the same day, Trump claimed there was an “invasion” occurring on the southern border, signing his first presidential veto rejecting a resolution reversing his declaration of a national emergency on the U.S.-Mexico border. We speak with Christian Picciolini, the founder of Free Radicals Project, a nonprofit helping people disengage from hate and violent extremism. He was a leading neo-Nazi skinhead and far-right extremist in the 1980s and '90s. He is the author of “White American Youth: My Descent into America's Most Violent Hate Movement—and How I Got Out.”